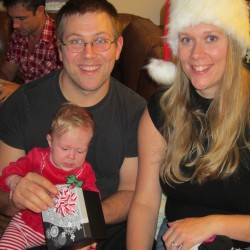 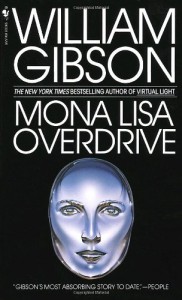 Thus ends the Sprawl trilogy by William Gibson, a seminal work of cyberpunk fiction.  I won't bother giving any sort of synopsis, because you really need to have read the previous two books in the trilogy to be able to make any sense of this book.  If you have read Neuromancer, though, you'll be happy to know that Molly Millions has returned (now known as Sally Shears).  Millions is a classic SF character, a "street samurai"; basically a cybernetically enhanced, streetwise warrior-woman who pretty consistently takes names and kicks ass and is looking, in this novel, for the deletion of all electronic records of her life.  Joining her are a relatively new cast of characters (with the exception of Bobby Newmark and Angela Mitchell from Count Zero), most of whom are very compelling.  The exception might be young Yumiko, although her storyline was interesting enough that her lack of depth didn't really matter too much to me.

Gibson's prose style is a lot tighter in this outing than in the previous two novels in the trilogy, which really served to highlight his style rather than minimize it.  Gibson allows the characters and the action to carry the story, letting his prose add little flourishes where needed instead of sort of taking over as it tended to do in Neuromancer.  All in all, an excellent conclusion to the Sprawl trilogy.